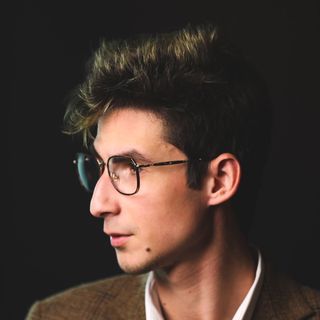 Sami Chaffai is one of the most famous tunisian youtubers where you can find him as an Actor/Director alongside the famous influencer and youtuber Yassine Sondes in their channel “Ti 3leh” that counts 323 k followers . You can also find him in his personal channel “Samy” with 383k followers. Finally, you can find him in the “Kisam” channel. It follows his adventures with his girlfriend the fellow Tunisian Youtuber and influencer Balkis Ksouri a.k.a Beki that has over 280k followers.

Actually, Samy’s content is mainly based on humour and comedy in addition coupled with top notch editing. Those videos almost always imply hidden humanitarian messages to his fanbase and followers to raise awareness on different subjects such as gender equality, saving animals etc..

In fact, Samy is the first youtuber from the mena region to ever release his own short movie and premiere it through big screens. But this is not strange for Samy, since he studied in the “Ecole Supérieure de l’Audiovisuel et du Cinéma” . In addition, he has a Master of Research Science & Technics of Cinema & Audiovisual which has helped him create his movie and other previous short movies that are available on this channel.